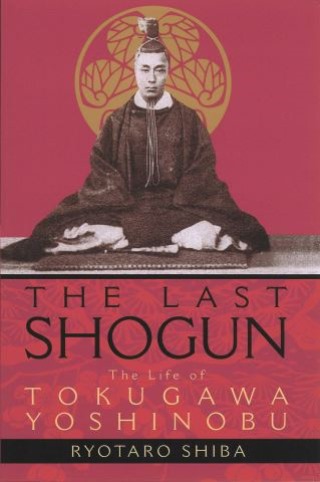 The Life of Tokugawa Yoshinobu

In Ryotaro Shiba's account of the life of Japan's last shogun, Perry's arrival off the coast of Japan was merely the spark that ignited the cataclysm in store for the Japanese people and their governments. It came to its real climax with the fall of the Tokugawa shogunate in 1868, the event which forms the centerpiece of this book. The Meiji Restoration—as history calls it—toppled the shogunate, and brought a seventeen-year-old boy emperor back from the secluded Imperial Palace in Kyoto to preside over what amounted to a political and cultural revolution. With this, Japan's extraordinary self-modernization began in earnest. Coming to power just as the Tokugawa regime was suffering the worst military defeat in its history, Yoshinobu strongly suspected that the rule of the Tokugawas—the third and longest lived of Japan's three warrior governments - was swiftly becoming an anachronism. During a year of frenetic activity, he overhauled the military systems, reorganized the civil administration, promoted industrial development, and expanded foreign intercourse, with the farsighted aim of creating a unified Japan. Alarmed by these reforms, pro-imperial interests moved against him, precipitating the Boshin Civil War and the final defeat of the shogunal armies. To the surprise of his enemies, Yoshinobu capitulated. It was this surrender of authority at a crucial point that made the transfer of sovereignty relatively peaceful. He then retired to Mito and lived quietly for the rest of his life, studying the new art of photography. Ennobled a prince in the new European-style nobility of the Meiji era, he died in 1913.

Ryotaro Shiba: RYOTARO SHIBA is one of Japan’s bet-loved writers of all time. Working as a newspaper reporter, he began to write 1959 received the Naoki Prize for his novel The Owl Castle. His many works, which often present new interpretation of turbulent times such as the Meiji Restoration, have had enduring success with Japanese readers. He was named a member of the Japan Art Academy in 1981, cited as a person of cultural merit in 1991, and was conferred with Order of Culture in 1993. Shiba died in 1996.