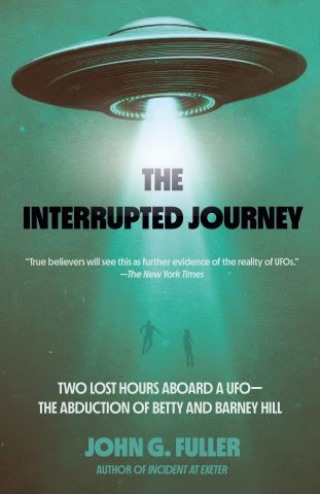 Two Lost Hours Aboard a UFO: The Abduction of Betty and Barney Hill

TWO LOST HOURS ABOARD A UFO—THE ABDUCTION OF BETTY AND BARNEY HILL • One of the most extraordinary UFO tales of our time—a thrilling, otherworldly, and wildly entertaining adventure that enraptured America and stands as the quintessential extraterrestrial encounter

On a summer night in 1961, Betty and Barney Hill were driving home through New Hampshire when a bright object appeared in the sky and began following them. When the couple finally pulled over to get a better look, the object vanished before their eyes. With nothing else to do, Betty and Barney returned to their car and kept driving into the night. The encounter left them rattled, but what came next was even more arresting: the following day, the Hills realized they couldn’t remember anything from almost two hours of their drive. Time itself had disappeared, so the couple began looking for help, hoping to uncover what happened that mysterious night.

Captivating and unputdownable, The Interrupted Journey is the complete story of those missing hours and the Hills’ nearly identical accounts, as revealed to doctors under psychotherapy and hypnosis. It stands as one of the most extraordinary UFO tales of our time. Thrilling, otherworldly, and wildly entertaining, The Interrupted Journey is an adventure that enraptured America and stands as the quintessential extraterrestrial encounter.

John Fuller: John G. Fuller (1913-1990) was a playwright, documentary producer, and the bestselling author of several books including The Interrupted Journey, The Ghost of Flight 401, and The Poison That Fell From the Sky.