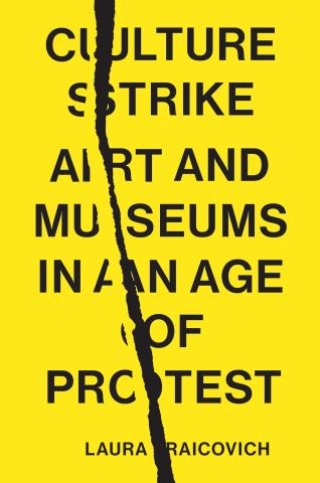 Art and Museums in an Age of Protest

In an age of protest, cultural institutions have come under fire. Protestors have mobilized against sources of museum funding, as happened at the Metropolitan Museum, and against board appointments, forcing tear gas manufacturer Warren Kanders to resign at the Whitney. That is to say nothing of demonstrations against exhibitions and artworks. Protests have roiled institutions across the world, from the Abu Dhabi Guggenheim to the Akron Art Museum. A popular expectation has grown that galleries and museums should work for social change.

As Director of the Queens Museum, Laura Raicovich helped turn that New York muni- cipal institution into a public commons for art and activism, organizing high-powered exhibitions that doubled as political protests. Then in January 2018, she resigned, after a dispute with the Queens Museum board and city officials. This public controversy followed the museum’s responses to Donald Trump’s election, including her objections to the Israeli government using the museum for an event featuring Vice President Mike Pence.

In this lucid and accessible book, Raicovich examines some of the key museum flashpoints and provides historical context for the current controversies. She shows how art museums arose as colonial institutions bearing an ideology of neutrality that masks their role in upholding conservative, capitalist values. And she suggests ways museums can be reinvented to serve better, public ends.

Laura Raicovich was President and Executive Director of the Queens Museum, and most recently served as Interim Director of the Leslie-Lohman Museum of Art. Prior to that she worked at Creative Time and the Dia Art Foundation. She is a recipient of both the Rockefeller Foundation Bellagio Fellowship and the inaugural Emily H. Tremaine Journalism Fellowship for Curators at Hyperallergic. She coedited Assuming Boycott: Resistance, Agency, and Cultural Production and is the author of At the Lightning Field and A Diary of Mysterious Difficulties.