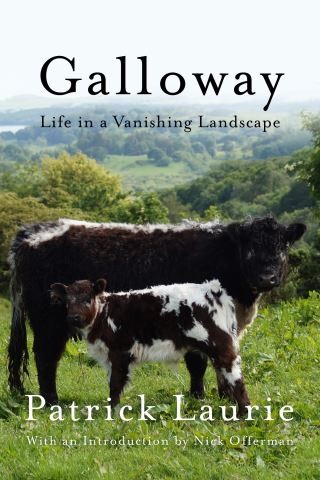 Life In a Vanishing Landscape

On the land of his ancestors in Scotland, a young farmer struggles to find a balance between farming, the conservation of wild, and human culture as he establishes a herd of heritage cattle.

Galloway, an ancient region in an obscure corner of Scotland, has a proud and unique heritage based on hardy cattle and wide moors. But as the twentieth century progressed, the people of Galloway deserted the land and the moors are transforming into a vast commercial forest.

Desperate to connect with his native land, Patrick Laurie plunges into work on his family farm. Investing in the oldest and most traditional breeds of Galloway cattle, he begins to discover how cows—and the special care that this breed requires—once shaped people, places, and nature in this remote and half-hidden place. As the cattle begin to dictate the pattern of his life, Laurie stumbles upon another loss; the new forests have driven the catastrophic decline of the much-loved curlew, a bird that features strongly in Galloway's consciousness. The links between people, cattle, and wild birds become a central theme as Laurie begins to face the reality of life in a vanishing landscape. Exploring the delicate balance between farming and conservation while recounting an extraordinarily powerful personal story, Galloway delves into the relationship between people and places under pressure in the modern world.

Patrick Laurie: Patrick Laurie was born and brought up in Galloway. After gaining a Master of Arts degree in Scottish Language and Literature at the University of Glasgow, he moved to the Isle of Harris to work on hebridean fishing boats. Since 2010, he has balanced freelance journalism with farming and conservation projects in Galloway and the northern part of the UK.