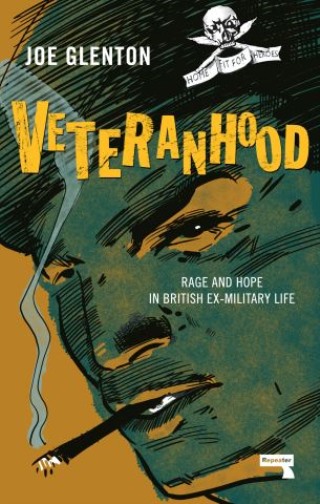 One of Britain's most radical veterans takes us on a guided tour through ex-military life at the heart of a dead empire.

The military veteran is claimed by all sides. Conservatives, liberals and socialists all want to speak about and for ex-servicemen, yet far-right demonstrations are dotted with berets and medals and ex-military men have become celebrities of the reactionary manosphere.

So who are Britain's ex-servicemen? What do they want? What are their politics? What are the issues which animate them? Are they just irredeemable fascists by dint of their service to Empire? Or is there a radical political potential waiting to be unlocked?

Former soldier Joe Glenton takes us on a guided tour through ex-forces life at the heart of a dead empire as he attempts to demystify military culture, rescue the veteran from his captors, and discover if a more optimistic, humanist mode of veteranhood can be recovered from the ruins.

Joe Glenton: Joe Glenton is a journalist, film-maker and award-winning author. He was a British soldier from 2004 to 2010, serving in Afghanistan. He has written on defence, war and the military for Declassified UK, Vice, The Independent, The Guardian, Vice and others.