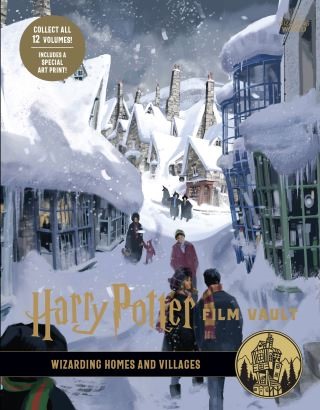 Revisit the Harry Potter films and learn all about wizarding homes, such as The Burrow and the Lovegood house, as well as wizarding villages such as Hogsmeade and Godric’s Hollow.

Harry Potter Film Vault compiles the filmmaking secrets and visionary artistry behind the Harry Potter films into a series of twelve deluxe collectible volumes. Intricately designed and packed with concept art and unit photography from the Warner Bros. archive, each volume in the series gives fans striking insights about bringing the Wizarding World to the big screen.