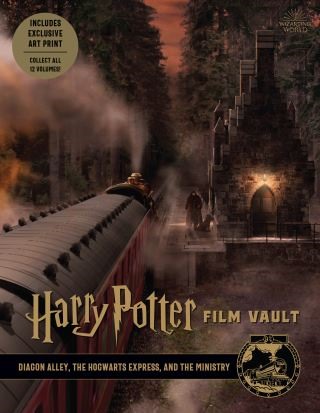 Discover the filmmaking secrets behind Diagon Alley, the Ministry of Magic, and the other enchanted locations of the Wizarding World.

Revisit the enchanting locations of the Wizarding World with Harry Potter Film Vault: Volume 2: Diagon Alley, the Hogwarts Express, and the Ministry. Fans can get an in-depth look at the illustrations, sketches, and paintings as well as behind-the-scenes photography that helped develop the iconic magical locations seen throughout the Harry Potter films.