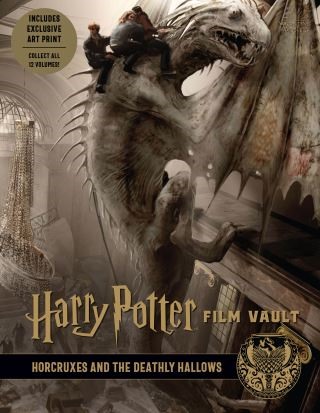 How artists and craftspeople sought to tell Harry’s story through the design of many important props—from the Sorcerer’s Stone to the Sword of Gryffindor.

The Harry Potter film series is filled with incredible artifacts and magical objects, from Harry’s iconic wand and glasses to Marvolo Gaunt’s Ring. Now fans can get an in-depth look at illustrations, sketches, and behind-the-scenes photography that shows the stunning inventiveness of the designers and craftspeople who built the rich and magical Harry Potter film universe.

“They’re gorgeous, and because they break down the different aspects of the films into twelve volumes, they may have more detail than some of the other compendiums out there . . . these might just be my new favorite Potter film books.” —MuggleNet