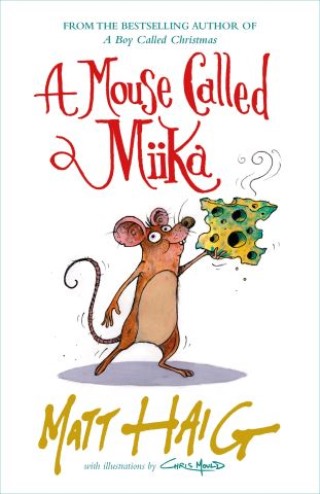 THE EPIC ADVENTURE OF A TEENY-TINY HERO Miika just wants to belong. Living with elves and trolls and pixies can make a mouse feel like the odd one out. When he makes friends with a fellow mouse, Miika thinks his problems are over. But really, his quest is just beginning . . . A Mouse Called Miika is the story of a small mouse finding his place in a big world. A tale of friendship, cheese, robbery and the magical power of being yourself.

Matt Haig: As well as being a number one bestselling writer for adults, Matt Haig has won the Blue Peter Book Award, the Smarties Book Prize and been nominated three times for the Carnegie Medal for his stories for children and young adults. The first book in his festive series, A Boy Called Christmas, has been made into a feature film with an all-star cast. He has sold more than two million books in the UK and his work has been translated into over forty languages.
kids.matthaig.com