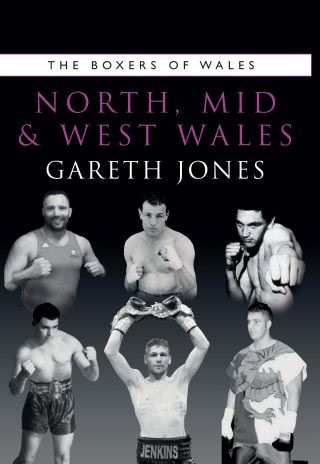 Casual observers of the Welsh boxing scene might well think that the best practitioners of the sport have all hailed from the valleys and coastal cities of the south. But the rural counties have contributed their share to the nation's fistic history. In the high-profile heavyweight division alone, the area covered by this book has produced two British champions and another who contested the title. Others have worn and challenged for Lonsdale Belts at lower weights. The first British boxer ever to win a medal at the world amateur championships can be found between these covers, along with the incredible youngster who was ranked in the world's top 10 by the American Ring magazine when he was just 16 years old. This volume, packed with photographs - many published for the first time - profiles more than 50 boxers from the bare-knuckle era to stars of the present and future. It is a must-read for any fight fan, whether from Wales or further afield.

Gareth Jones: Gareth Jones has been writing and broadcasting on boxing in Wales for nearly half a century. He covered the sport for the South Wales Echo for more than 15 years and is still the Welsh Correspondent of the trade weekly, Boxing News.