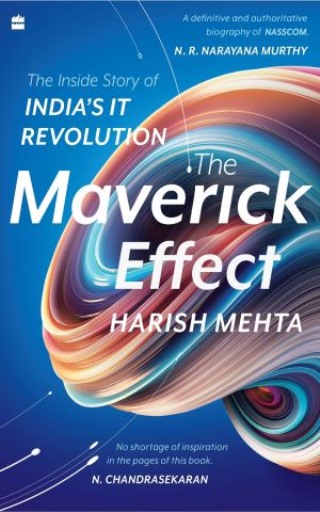 The Inside Story of India's IT Revolution

'The customs officer told me that I needed to leave samples of what I was exporting with him. I was forced to leave the floppy disk of the software with him. The diligent officer immediately planted a stapler pin through the floppy disk and attached it to the form, thereby destroying the media and rendering it unreadable. For the longest time, everybody's understanding of software differed immensely. This confusion continued into the 1980s, and it was getting challenging to grow the business. The more I met young software entrepreneurs, the more I realized that my frustration was not unique. Something had to be done.'

In the mid-1970s, a young, twenty-something man living an American dream threw away a lucrative job as a database manager and came back to India. At that time, India had no IT industry to speak of; computers were a novelty, and the nation was trapped in socio-economic backwardness and a labyrinthine License Raj.

As young Harish Mehta struggled to find his stride, he realized that India's nascent and fragmented IT industry acutely needed a unified voice that could speak to the government, change laws and harness the country's potential. In an unlikely alliance of headstrong and competing young professionals, he united other IT entrepreneurs to envision a world-beating association that would revolutionize Indian IT: NASSCOM.

The Maverick Effect is the extraordinary story of this band of dreamers who joined hands to transform a nation while also changing the lens through which the world looked at India. Valued at a staggering $200 billion today, the Indian

IT industry directly employs more than four million people. It is the largest forex earner and has helped millions of Indians beat poverty and rise to the middle-income group. Honest, open and inspiring, Harish Mehta's journey proves that no vision is impossible if unrelenting, kindred spirits unite.

Harish Mehta: Harish S. Mehta is the founding member and the first Chairman of NASSCOM and brought the TiE network to India in the late-90s. He is also the Founder and Executive Chairman of Onward Technologies Ltd. and the co-founder of Infinity venture fund, 2001, India's first corporatized venture fund.