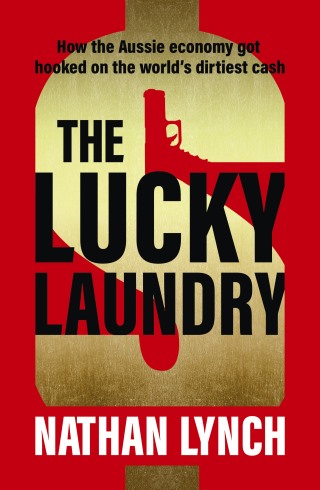 How the Aussie economy got hooked on the world's dirtiest cash.

Bigwigs, oligarchs and crime syndicates running drugs, trafficking guns and people, arming terrorists and subverting government controls are desperate to put a legitimate face on their wealth. Washing dirty money, moving it around the globe, making it look legitimate is where the action is for both criminals and the authorities chasing them.

Australia is awash with dirty money. It flows through our economy, keeps banks running, powers big business, puts coffee on restaurant tables, seeps into clubs, pubs, sport, the art world and anywhere that value is moved. It infiltrates real estate, costs billions in policing, and takes a terrible toll on Australian lives. What law enforcement agencies might lack in legislation and political will, they make up for with sheer resourcefulness. When they can't get at the masterminds and bigwigs, they have honed tactics that intercept the flow of illicit cash and aim to drive a wedge between crooks and their ill-gotten wealth.

In The Lucky Laundry, financial crime expert Nathan Lynch delves deep inside this hidden world to explain how dark money has infected the lives of ordinary people - and tainted Australian democracy. He opens the curtain on the hidden world of financial intelligence, where crooks and spooks play a cat-and-mouse game inside the world's black money markets.

Enter the realm of the agents and undercover operatives who defend our democracy against the corrosive force of billions of dirty dollars.

Nathan Lynch is a writer and international speaker who has spent two decades investigating the hidden world of dark money that fuels organised crime, corruption and violent extremism around the globe. His work peels back the layers of complex financial crime schemes. He is certified by the US Department of Justice's elite CCIPS Cybercrime Laboratory and is a program expert with the Financial Services Volunteer Corps, which provides support to developing countries to help them combat the scourges of money laundering and other serious financial crimes. Nathan has trained police, government officials and bankers across Asia and the Middle East on the techniques the world's criminals use to conceal and clean their dirty money.