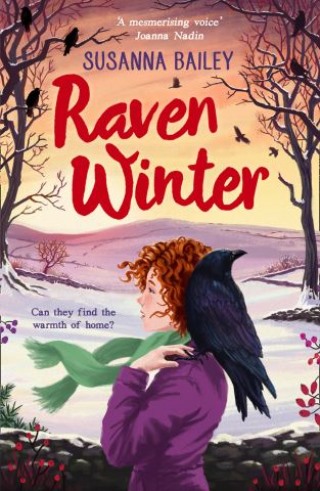 The brand new novel from the critically-acclaimed author of Snow Foal and Otters' Moon. Perfect for fans of Jacqueline Wilson and Gill Lewis.

A brand new novel from Susanna Bailey – the bestselling author of Snow Foal and a new star of middle grade contemporary fiction.

Ever since Billie’s kind and nature-loving dad went to prison, her life has lost its shine. And now, Mum’s new boyfriend has moved in and home is full of sharp-glass silences. Billie’s never felt more alone.

Until one day she discovers an injured young raven and in nursing him back to life, Billie finds friendship, hope and a letter that might bring her one step closer to reuniting with Dad.

Raven Winter is the story of friendship, family and the belief in a very special relationship with a young raven set against the beautiful and the wintery backdrop of the Yorkshire Dales.

Susanna Bailey divides her time between writing, freelance social-work, and lecturing in Creative Writing at Bath Spa University, where she also studied. Susanna wrote her debut novel, Snow Foal during her time at the same university where she drew much inspiration from her tutor, award-winning David Almond. Otters' Moon is her second book.