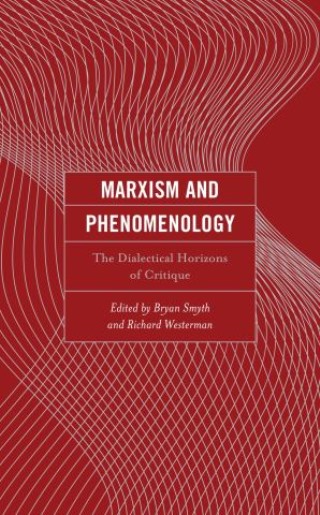 The Dialectical Horizons of Critique

Marxism and Phenomenology: The Dialectical Horizons of Critique, edited by Bryan Smyth and Richard Westerman, offers new perspectives on the possibility of a philosophical outlook that combines Marxism and phenomenology in the critique of capitalism. Although Marxism’s focus on impersonal social structures and phenomenology’s concern with lived experience can make these traditions appear conceptually incompatible, the potential critical force of a theoretical reconciliation inspired several attempts in the twentieth century to articulate a phenomenological Marxism. Updating and extending this approach, the contributors to this volume identify and develop new and previously overlooked connections between the traditions, offering new perspectives on Marx, Husserl, and Heidegger; exploring themes such as alienation, reification, and ecology; and examining the intersection of Marxism and phenomenology in figures such as Michel Henry, Walter Benjamin, and Frantz Fanon. These glimpses of a productive reconciliation of the respective strengths of phenomenology and Marxism offer promising possibilities for illuminating and resolving the increasingly intense social crises of capitalism in the twenty-first century.