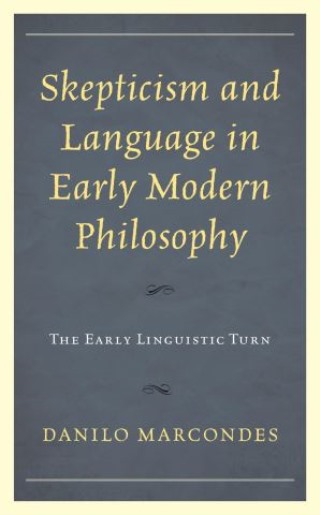 Danilo Marcondes argues that, contrary to a traditional view maintaining that language is not given any central role in early modern philosophy, an “early linguistic turn” in the seventeenth century opened a place for the philosophy of language as part of the philosophical system then under construction. Skepticism and Language in Early Modern Philosophy: The Early Linguistic Turn also claims that the revival of ancient skepticism at the modern age contributed decisively towards this “linguistic turn” insofar as it attacked the “powers of the intellect” in representing reality and making knowledge possible. Marcondes also argues that the concept of language itself becomes crucial to this investigation since the various understandings that developed during this period led to the central role that would be given to the philosophy of language in contemporary philosophy.