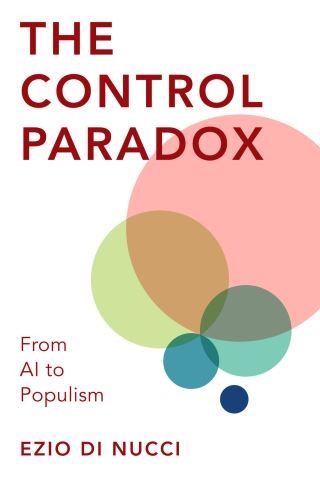 From AI to Populism

Is technological innovation spinning out of control? During a one-week period in 2018, social media was revealed to have had huge undue influence on the 2016 U.S. presidential election and the first fatality from a self-driving car was recorded. What’s paradoxical about the understandable fear of machines taking control through software, robots, and artificial intelligence is that new technology is often introduced in order to increase our control of a certain task. This is what Ezio Di Nucci calls the “control paradox.”

Di Nucci also brings this notion to bear on politics: we delegate power and control to political representatives in order to improve democratic governance. However, recent populist uprisings have shown that voters feel disempowered and neglected by this system. This lack of direct control within representative democracies could be a motivating factor for populism, and Di Nucci argues that a better understanding of delegation is a possible solution.

Ezio Di Nucci: Since the beginning of 2015, Ezio di Nucci has been Associate Professor of Medical Ethics at the Faculty of Health and Medical Sciences of the University of Copenhagen, in Denmark. His recent books include Drones and Responsibility (2016), Enhancement der Moral (2015), Ethics Without Intention (2014), and Mindlessness (2013).