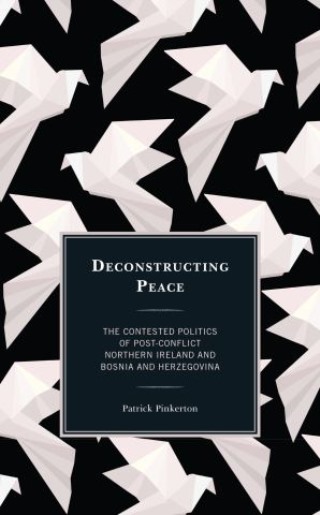 This book develops a novel approach to peace and conflict studies, through an original application of the philosophy of Jacques Derrida to the post-conflict politics of Northern Ireland and Bosnia and Herzegovina. Based on new readings of the peace agreements and the post-conflict political systems, the book goes beyond accounts that present a static picture of ‘fixed divisions’ in these cases. By exploring how formal electoral politics and the informal political spheres of artistic, cultural, judicial and protest movements already contest the politics of division, the book argues that the post-conflict political systems in Northern Ireland and Bosnia and Herzegovina are in a process of deconstruction. The text adds to the Derridean lexicon by developing the idea of a ‘deconstructive conclusion’, which challenges historical understandings of conflicts at the same time as challenging their consequences in the present. The study provides a critical contribution to peacebuilding and International Relations literature, by demonstrating how Derridean concepts can be utilised to provide fresh understandings of conflict and post-conflict situations, as well as allowing for political interventions to be made into these processes.

Patrick Pinkerton: Patrick Pinkerton is Lecturer in Politics and International Relations at Queen Mary University of London. He has published the following: • The Biopolitics of the Migration-Development Nexus: Governing Migration in the UK. 2018. Politics. Early view version published on 29 October 2018. • Governing Potential: Biopolitical Incorporation and the German ‘Open-Door’ Refugee and Migration Policy. Accepted for publication in International Political Sociology on 3 September 2018. • Deconstructing Dayton: Ethnic Politics and the Legacy of War in Bosnia and Herzegovina. 2016. Journal of Intervention and Statebuilding. 10 (4): 548-565. • Resisting Memory: The Politics of Memorialisation in Post-Conflict Northern Ireland. 2012. British Journal of Politics and International Relations. 14 (1): 131-152