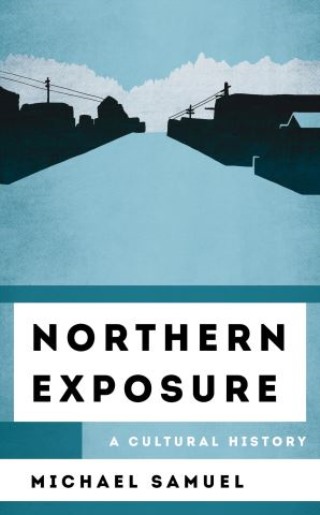 When Northern Exposure first aired on television in 1990, viewers were introduced to the small fictional town of Cicely, Alaska, and its quirky yet endearing citizens. During its run, Northern Exposure received critical acclaim, winning two Peabody Awards, seven Primetime Emmy Awards and two Golden Globes. Though the show was cancelled after six seasons, it has had a profound impact on contemporary television.

In Northern Exposure: A Cultural History, Michael Samuel revisits the cult television series and celebrates its legacy, from its surreal narrative to its diverse onscreen representations. Covering the show’s production history, characters, individual episodes, fan culture, and critical response, Samuel reveals Northern Exposure’s wide cultural impact during its time on air and ever since.

Complete with an exploration of the town where the series was shot and a comprehensive guide to all 110 episodes, Northern Exposure: A Cultural History is the perfect companion to this classic series. A fascinating and accessible retrospective, this book recalls a cultural moment in American television defined by a series that wasn’t afraid to push boundaries.

Michael Samuel is a lecturer in film and television studies at the University of Bristol. He has published widely in the areas of film, television, technology and video games in several books and peer-reviewed journals. He is the co-editor of a special edition of Critical Studies in Television dedicated to celebrating one hundred years of the BBC, as well as co-editor of Streaming and Screen Culture in the Asia-Pacific and True Detective: Critical Essays on the HBO Series.