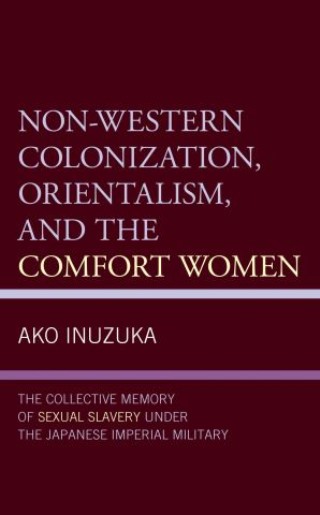 The Collective Memory of Sexual Slavery under the Japanese Imperial Military

Non-Western Colonization, Orientalism, and the 'Comfort Women: The Collective Memory of Sexual Slavery under the Japanese Imperial Military examines the collective memory of sexual slavery under the Japanese Imperial Military in Japan over the past seventy-five years. Euphemistically known as the "comfort women," tens of thousands of young females were forced into sexual servitude for Japanese soldiers during the Asia-Pacific War. The majority of these women are believed to have been deceitfully or forcibly taken from Korea, a former Japanese colony. The ways in which sexual slavery has been remembered in Japan lies at the root of a long-standing diplomatic conflict between Japan and South Korea and has fueled a "memory war" among Japanese scholars and activists. The author argues that Korean "comfort women" have been exoticized in the collective memory similarly to "Oriental" women's presentations by Western Orientalists. This book is a comprehensive analysis of the memory of sexual slavery in Japan, examining various artifacts produced since the end of the Asia-Pacific War, including nonfiction books, novels, newspaper articles, popular and documentary films, and a commemorative museum. It provides novel insights into a decade old international and domestic controversy.

Ako Inuzuka is associate professor of communication at the University of Pittsburgh at Johnstown.