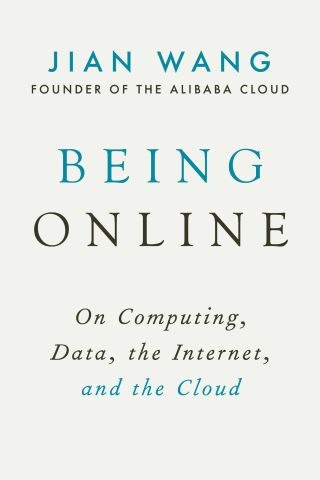 On Computing, Data, the Internet, and the Cloud

A pioneer of cloud computing and big data offers his vision of the future world taking shape around us.

Jian Wang was the founder and architect of Alibaba's cloud and has been the driving force behind its technology innovations. He was also the founder of the City Brain initiative to develop a new digital infrastructure for sustainable cities. Being Online is his meditation on the moment we are in, as the digital era shifts to the internet era, spawning new innovations at a seemingly dizzying pace: cloud computing, 5G, artificial intelligence, big data, wearables, robots, virtual reality, the internet of things, blockchain, and more. For Wang, the invisible hand that connects them is being online. The conjunction of computing, data, and the internet has erased the difference between being online and off. When computing can be done in the cloud, it is on the road to becoming a utility. When data is connected, making it big, its usefulness multiplies exponentially in unforeseeable ways, as does its value.

This moment will be as transformative for humanity as Henry Ford's production line. Data is changing the nature of business. Computing is reshaping the economy. The cloud will help us do things we could never do before, at scales that were previously impossible. It will reshape our vision of the world, as electrification once did and, more recently, the transition from analog to digital. While telling the story of Alibaba’s breakthroughs and the development of his own understanding of the internet, Jian Wang's visionary book lays out the implications of this shift and how to think about being online.

Jian Wang: Dr. Jian Wang was the chief technology officer at Alibaba and founded its cloud, which ranks third as a public cloud provider globally and first in Asia. He was also the chief architect of Apsara, its computing foundation, and took the lead in proposing the industrial model of using computing as a public service. In 2016, Dr. Wang pioneered and led the nonprofit City Brain initiative to develop a new digital infrastructure for sustainable “smart” cities as his personal effort and was the architect of Hangzhou City Brain. He founded the Yunqi Academy of Engineering, a private nonprofit research institute with a focus on scientific research for City Brain, and the Yunqi Science and Technology Innovation Foundation, a philanthropic private foundation that operates the free 2050 museum, which envisions the future through technology innovation and organizes the 2050 event every year in April, promoting the vision of science and technology bringing people together. He is a member of the Chinese Academy of Engineering and lives in Hangzhou, China.