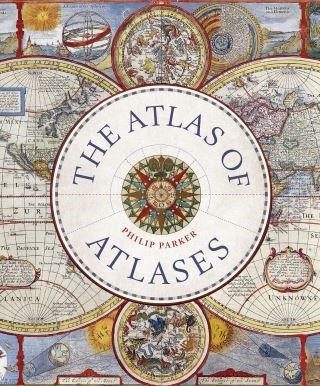 The Atlas of Atlases

This beatutiful book is a lavishly illustrated look at the most important atlases in history and the cartographers who made them.

Atlases are books that changed the course of history. Pored over by rulers, explorers, and adventures these books were used to build empires, wage wars, encourage diplomacy, and nurture trade.

Written by Philip Parker, an authority on the history of maps, this book brings these fascinating artefacts to life, offering a unique, lavishly illustrated guide to the history of these incredible books and the cartographers behind them.

All key cartographic works from the last half-millennium are covered, including:

This beautiful book will engross readers with its detailed, visually stunning illustrations and fascinating story of how map-making has developed throughout human history.

Philip Parker: Philip Parker is a writer, consultant and publisher specializing in ancient and medieval political and military systems. He studied history at Trinity Hall, Cambridge, and is the author of A History of Britain in Maps (2016), the DK Eyewitness Companion Guide to World History (2010) and many more.