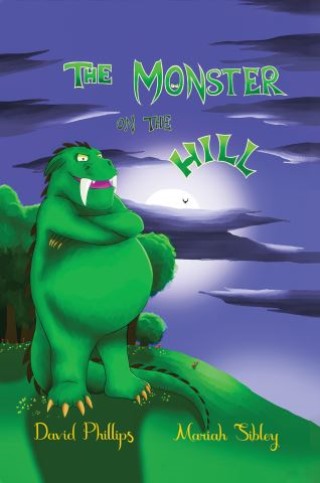 The Monster on the Hill

“Ben, it is time for your bed, you have had your tea.”
“I can’t go to bed, there is a monster out on the hill you see.”
Follow the story of the monster that stops Ben from going to bed. Ben is convinced that the monster is real and wants to eat him for his tea. “I am invisible to mums,” said the monster, “and we don’t lie.”
Ben screamed! “It has a big round back and scales all along.”
Is there really a monster on the Hill? Ben’s mum doesn’t think so. Will Ben really become the monster’s tea?
Now it’s time for you to read the story and see?

David Phillips: David Phillips lives in Wiltshire with his wife, Samantha, and two dogs named Austin and Barney. He is young at heart and sees things in an imaginative, fun and childlike way. He loves to make up stories using rhyme as he sees things whilst walking the dogs in the countryside.
The Monster on the Hill is the first children’s book that David has written, which has taken a number of years to complete. This story has already had rave reviews due it being read to a wide range of primary school age children, which has led to finding a publisher.
David has also already written his second picture book, The Horse That Could Not Trot.