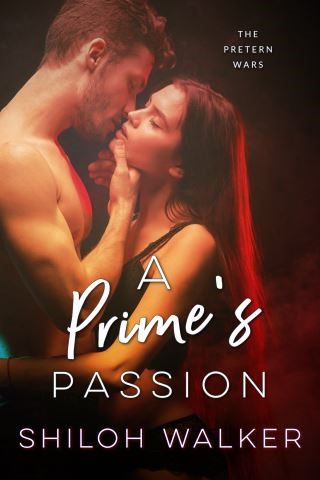 In her world, the strong were broken young or they didn’t survive. Eyes down, little wolf, Zee’s father would say. You aren’t strong enough yet.

Zennia Day kept her eyes down and stayed quiet, knowing that one day, she’d escape.

When her chance comes, she finds herself on a road that takes her far from Massachusetts, all the way to North Carolina.

She has her eyes on the future…until she meets Niko, a dominant Therian male and future Prime. When she looks at him, instead of a challenge for dominance, Zee sees a promise of forever.

Niko charmed her, teased her…and stole her heart. Mere days later, after making a public, permanent claim, he crushed that same heart in his fist, tossing her aside in front of the entire world and casting her out of pack lands.

Ten years later, she's an outcast, living far from her own when she gets word her father is dying.

She can do nothing—she was banned. Violating Niko’s order was to court punishment, even if it was just to tell her father good-bye.

The blunt words almost had him on his knees until Niko realized his second-in-command wasn’t talking about Zee, but her father.

No Therian is ever left to die alone, so Niko sent orders the Day family to come home.

Niko is unprepared for Zee’s message. I have no pack. I have no home.

The words leave him shattered.

Realizing what he’d done in his rage, Niko pushes harder for answers. It doesn’t take long to discover that what he’d heard a decade earlier had been based on lies. Because of those lies, he’d thrown away the love of his life.

Zee’s been paying the price ever since.

Now he must mend a heart he’d broken...and convince her to give him one more chance.

Shiloh Walker: Shiloh Walker has been writing since she was a kid... she fell in love with vampires with the book Bunnicula and has worked her way up to the more...ah... serious vampire stories. She loves reading and writing anything paranormal, anything fantasy, but most all anything romantic. Once upon a time, she worked as a nurse, but now she writes full time and lives with her family in the Midwest. She also writes under the pen name J.C. Daniels.