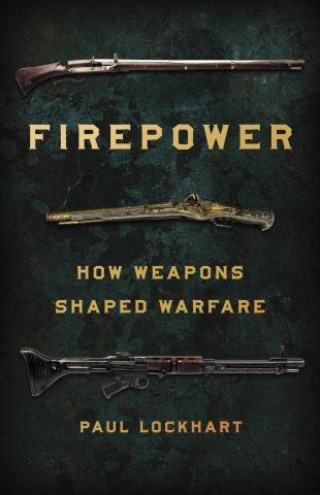 How military technology has transformed the world

The history of warfare cannot be fully understood without considering the technology of killing. In Firepower, acclaimed historian Paul Lockhart tells the story of the evolution of weaponry and how it transformed not only the conduct of warfare but also the very structure of power in the West, from the Renaissance to the dawn of the atomic era.

Across this period, improvements in firepower shaped the evolving art of war. For centuries, weaponry had remained simple enough that any state could equip a respectable army. That all changed around 1870, when the cost of investing in increasingly complicated technology soon meant that only a handful of great powers could afford to manufacture advanced weaponry, while other countries fell behind. Going beyond the battlefield, Firepower ultimately reveals how changes in weapons technology reshaped human history.

Paul Lockhart: Paul Lockhart is professor of history at Wright State University, where he has taught military and European history for thirty-one years. The author of six books on the role of war in history, including The Drillmaster of Valley Forge and The Whites of Their Eyes, Lockhart lives in Dayton, Ohio.