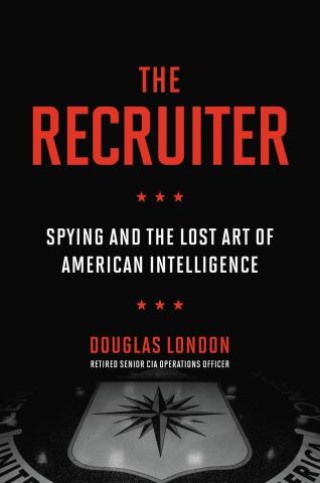 Spying and the Lost Art of American Intelligence

This revealing memoir from a 34-year veteran of the CIA who worked as a case officer and recruiter of foreign agents before and after 9/11 provides an invaluable perspective on the state of modern spy craft, how the CIA has developed, and how it must continue to evolve.

If you've ever wondered what it's like to be a modern-day spy, Douglas London is here to explain. London’s overseas work involved spotting and identifying targets, building relationships over weeks or months, and then pitching them to work for the CIA—all the while maintaining various identities, a day job, and a very real wife and kids at home.

The Recruiter: Spying and the Lost Art of American Intelligence captures the best stories from London's life as a spy, his insights into the challenges and failures of intelligence work, and the complicated relationships he developed with agents and colleagues. In the end, London presents a highly readable insider’s tale about the state of espionage, a warning about the decline of American intelligence since 9/11 and Iraq, and what can be done to recover.

Douglas London: Douglas London is a retired Senior CIA Operations Officer, an Adjunct Associate Professor at Georgetown University's Center for Security Studies, and a Non-resident fellow at the Middle East Institute.  He served predominantly in the Middle East, South and Central Asia, and Africa, including three assignments as a Chief of Station, the President’s senior intelligence officer at post, and Chief of Base in a conflict zone. Assignments at CIA Headquarters included executive positions at CIA's Counterterrorism Center, Information Operations Center, and Near East and South Asia Division. London was decorated with the CIA’s Career Intelligence Medal, the McCone Award, and multiple unit and individual citations.