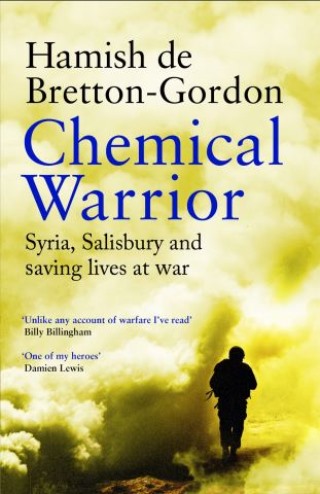 GRIPPING, MOVING AND INSPIRING: the remarkable life of a world-leading expert in chemical weapons defence.

"Unlike any account of warfare I've read" - Billy Billingham

For thirty years, Hamish has served and volunteered in conflict zones around the world. As the army's foremost chemical weapons expert, he built a unique first-hand understanding of how to prevent attacks and train doctors on the frontline - saving countless lives in the process.

After suffering near-death experiences time and again, Hamish discovered he had a ticking time bomb in his own chest: a heart condition called Sudden Death Syndrome that could kill him at any time. But with a new awareness for the fragility of life, he fought harder to make his count.

Despite facing extraordinary personal danger, Hamish has unearthed evidence of multiple chemical attacks in Syria and continues to advise the government at the highest level, including after the 2018 Novichok poisoning in Salisbury. Lifting the lid on Hamish's unique world of battlefield expertise and humanitarian work, Chemical Warrior is a thrilling story of bravery and compassion.

Hamish de Bretton-Gordon: Hamish de Bretton-Gordon OBE (born 1963), is one of the world's leading experts on chemical and biological counter-terrorism and warfare. During his 23 year career in the British Army, he served as Commanding Officer of the UK's Joint Chemical, Biological, Radiological and Nuclear Regiment and NATO's Rapid Reaction CBRN Battalion. He is co-founder and director of Doctors Under Fire with Professor David Nott, where he helps civilians with the threat from chemical weapons, and advises the UK Government at the highest level on CBRN - including the recent Novichok poisoning in Salisbury. He frequently appears in global media as an expert commentator, has several academic posts, and in 1991 he briefly held the world press-up record.