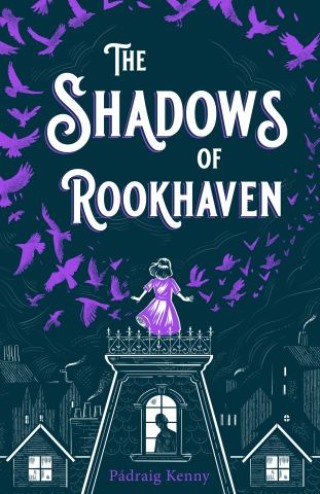 The exquisite sequel to The Monsters of Rookhaven, following the half-human and half-monster Mirabelle on a mission to protect the only home she's ever known from a sinister new threat bent on eradicating her family, perfect for fans of Christian McKay Heidicker, Robert Beatty, and Victoria Schwab.

In the wake of the shocking revelation that Mirabelle is part human and part monster, our heroine feels like an outsider, both at home and in the greater human world. She isn't quite like the rest of the monsters who raised her at Rookhaven Manor, but she also doesn't recognize herself in humanity, especially after witnessing the terrifying damage left by The Blitz.

But as the Great Configuration, a once in a hundred years event, descends upon Rookhaven Village, there's barely enough time to think of herself. Humans and monsters are gathering from all over the country to take part in the festivities. Though, amid the guests is an insidious interloper: A young boy named Billy, who is desperate to protect his own, is working for someone who wants to destroy Mirabelle's family.

When Billy steals something precious to Mirabelle, there's more than just her family at stake. Billy is being used for an experiment that could incite a disaster that will affect humans and monsters alike. With the fate of the world on her shoulders, Mirabelle must risk everything and everyone to save the people she loves most.

A stunning gothic fantasy with a beating heart, The Shadows of Rookhaven concludes Pádraig Kenny's duology with a masterful ending that reveals the crucial truth that family is much more than just a place—it's the people you love and the home you find within yourself.