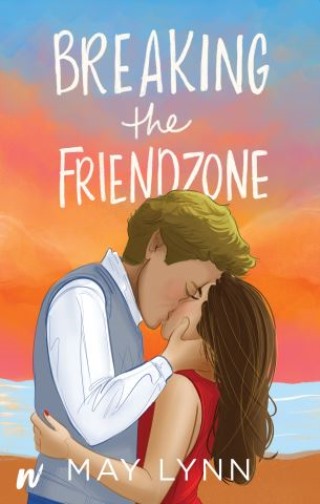 When Lacey Mason was six-years-old, her family moved to the Hamptons. A beautiful location for sure, but not much fun when you’re the only kid in the area. When Lacey stumbles upon her next door neighbor, Luke Drake, on the beach it is instant friendship. For the next four years they spent almost every waking hour together. But just as Summer inevitably turns to Fall, all good things must end. As Lacey’s family sells their house and leaves the Hamptons, Lacey and Luke vow to stay in touch. But a dramatic meeting when they are teens leaves their friendship in tatters and Lacey’s heart broken.

Fast forward seven years, and 22-year-old Lacey returns to the Hamptons. During a night out partying, who does she run into? Luke Drake. The only thing is Luke doesn’t recognize her. At first, Lacey thinks it’s hilarious--a case of karma finally catching up with the golden boy--but then she realizes that all the feelings she’s buried for so long aren’t going to stay buried . . . especially when she and Luke are thrown together by internships at Drake-Mason Pharma.

Luke Drake wants to be anywhere but the Hamptons, and he certainly doesn’t want to be interning at his dad’s company. Luke’s got a secret plan: make enough money to break away from his controlling father and strike out on his own. Then one night he sees a girl at a club and after an incredible night together, he discovers that the mystery girl is his childhood friend: Lacey Mason. He knows what he did to her when they were teenagers was wrong and is determined to spend the summer showing Lacey that he’s changed…and that they belong together.

However, family secrets, including the one that ended their friendship in the first place, may prove to be too much and Lacey may not be willing to let Luke break the friendzone.

May Lynn: May Lynn is a Paid Stories bestseller and a Wattpad Star. Breaking the Friendzone is her first novel.