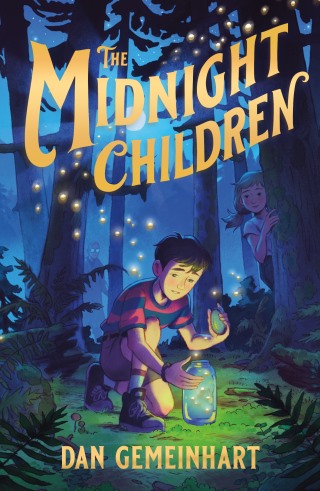 From Dan Gemeinhart, the acclaimed author of The Remarkable Journey of Coyote Sunrise, comes an extraordinary story about a family of runaways who take up residence in a small town, and the outcast boy who finds his voice and his people—perfect for fans of Katherine Applegate and Kate DiCamillo.

In the dead of night, a truck arrives in Slaughterville, a small town curiously named after its windowless slaughterhouse. Seven mysterious kids with suitcases step out of the vehicle and into an abandoned home on a dead-end street, looking over their shoulders to make sure they aren't noticed.

But Ravani Foster covertly witnesses their arrival from his bedroom window. Timid and lonely, Ravani is eager to learn everything he can about his new neighbors: What secrets are they hiding? And most mysterious of all...where are the adults?

Yet amid this shadowy group of children, Ravani finds an unexpected friend in the warm and gutsy Virginia. But with this friendship comes secrets revealed—and danger. When Ravani learns of a threat to his new friends, he must fight to keep them safe, or lose the only person who has ever understood him.

Full of wonder, friendship, and mystery, The Midnight Children explores the meaning of "home," what makes a family, and what it takes to find the courage to believe in yourself.

"Equal parts Kate DiCamillo and Shirley Jackson, this book is unlike anything else I've ever read—you will love it." —Jonathan Auxier, New York Times-bestselling author of Night Gardener and Sweep: the Story of a Girl and her Monster

Dan Gemeinhart: Dan Gemeinhart is a former elentary-school teacher-librarian and lifelong book nerd. He lives with his wife and three daughters in a small town in Washington State. He's the author of some other books, too: The Honest Truth, Some Kind of Courage, Scar Island, and Good Dog. If he ever meets you, he'd love to talk about books with you.