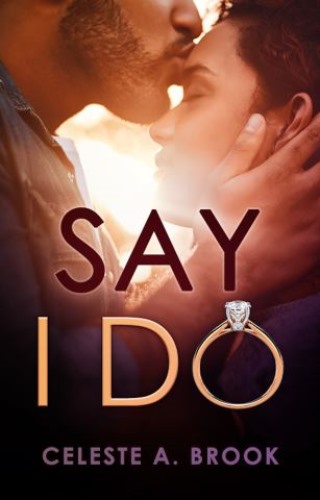 When Livy drops everything to move back home and care for her ailing father, she resigned her hopes and dreams of ever being truly happy. But after a chance encounter with a smoking hot billionaire on the beach, Livy confides that she can get her father the treatment that may save his life if only she could get access to the trust fund her grandmother left her. The only catch? She has to be married for one year.

Logan is lost. He’s spent months trying to clean up his party-boy reputation but still doesn't feel like his family sees him as responsible. So when he meets a beautiful and kind-hearted Livy on the beach, who herself is in need of help, he suggests a plan that would help them both out. If they get married, Livy will be able to access the money to get her dad into proper treatment, and Logan can prove to the world he has grown up and settled down with a lovely woman.

But the real test comes after the wedding. Livy still struggles with the reality of her father’s health and she quickly finds that being a housewife does not work for her. She misses having a purpose, and misses her independence. Logan on the other hand is more busy than ever working on a case with his ex-girlfriend at the center of it all. His long hours and late breaking confessions to Livy begin to cause serious ripples in their relationship. But will their growing bond be enough to help them get over their personal demons?

Celeste A. Brook: Celeste A. Brook is a romance writer crafting stories about love, life, and empowering female leads. In 2015 she wrote her first novel, More Than Friends, on Wattpad, which has over 14 million reads today. Celeste is a Wattpad Star and part of the Wattpad Paid Stories Program. When she’s not writing or reading a good old romance book, she can be found meditating, wandering around in nature, swooning over fictional characters, laughing over silly memes, or simply hanging out with family and friends.