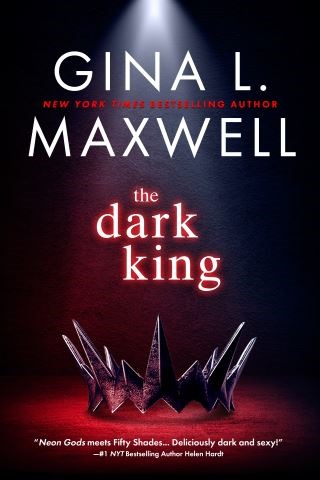 I thought a weekend away would be the perfect escape. Until I woke up married and trapped...by the king of the Dark Fae.

For Bryn Meara, a free trip to the exclusive and ultra-luxe Nightfall hotel and casino in Vegas should’ve been the perfect way to escape the debris of her crumbling career. But waking up from a martini-and-lust-fueled night to find herself married to Caiden Verran, the reclusive billionaire who owns the hotel and most of the city, isn’t the jackpot one would think. It seems her dark and sexy new husband is actual royalty—the fae king of the Night Court—and there’s an entire world beneath the veil of Vegas.

Whether light or shadow, the fae are a far cry from fairy tales, and now they’ve made Bryn a pawn in their dark games for power. And Caiden is the most dangerous of all—an intoxicating cocktail of sin and raw, insatiable hunger. She should run. But every night of passion pulls Bryn deeper into his strange and sinister world, until she’s no longer certain she wants to leave…even if she could.

Each book in the Deviant Kings series is STANDALONE:
* The Dark King
* The Rebel King

New York Times and USA TODAY bestselling author, Gina L. Maxwell, is a shameless romance addict with no intentions of ever kicking the habit.

Growing up, she dreamed of helping people escape reality with her sublime acting abilities. It wasn’t until college when she realized she had none to speak of, thereby derailing her lifelong plans. Another ten years would pass before she discovered a different means of accomplishing the same dream: writing stories of love and passion for romance addicts just like her.

Thanks to the support of her amazing family, Gina is now the Boss of the world’s first organized romance mafia, the Maxwell Mob, and living her dream of bringing a little romantic fantasy to the world—one steamy novel at a time.

Visit and chat with Gina on all her social media homes: www.ginalmaxwell.com