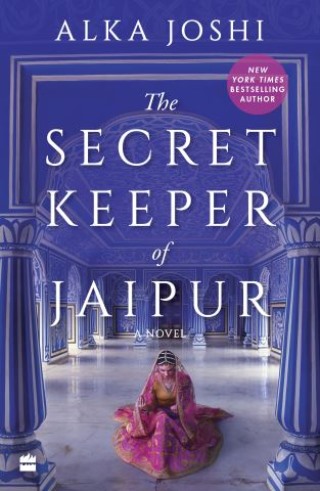 The Secret-Keeper of Jaipur

Will the secret-keeper of Jaipur reveal what has remained buried for so long?

It is the spring of 1969. Lakshmi, now married to Dr Jay Kumar, is working at the Shimla community clinic. Malik has finished his private school education. At twenty, he has just met a young tribal woman, Nimmi, when he leaves to begin an apprenticeship at the Jaipur Palace. The royals' latest project: a state-of-the-art cinema.

Malik soon finds that not much has changed as he navigates the Pink City of his childhood. Power and money still move seamlessly among the wealthy, and favors flow from Jaipur's royal palace, but only if certain secrets remain buried. When the cinema's balcony tragically collapses on opening night, blame is placed where it is convenient. Malik suspects something far darker and sets out to uncover the truth. As a young street urchin, he always knew to keep his own counsel; it's a lesson that still serves him well. But it is only when Lakshmi, the real keeper of Jaipur's secrets, intervenes, that things can truly right themselves.

Alka Joshi: Alka Joshi is the New York Times bestselling author of The Henna Artist. Born in India and raised in the United States since the age of nine, she has a BA from Stanford University and an MFA from California College of the Arts. She lives in Pacific Grove, California, with her husband.