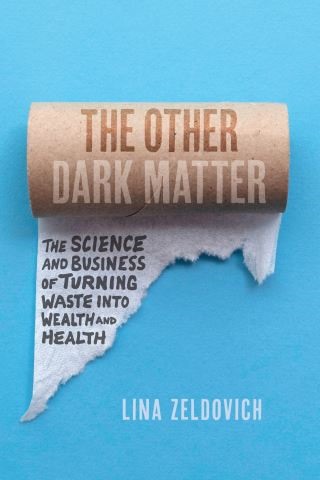 The Other Dark Matter

The Science and Business of Turning Waste into Wealth and Health

Grossly ambitious and rooted in scientific scholarship, The Other Dark Matter shows how human excrement can be a life-saving, money-making resource—if we make better use of it.

The average person produces about four hundred pounds of excrement a year. More than seven billion people live on this planet. Holy crap!

Because of the diseases it spreads, we have learned to distance ourselves from our waste, but the long line of engineering marvels we’ve created to do so—from Roman sewage systems and medieval latrines to the immense, computerized treatment plants we use today—has also done considerable damage to the earth’s ecology. Now scientists tell us: we’ve been wasting our waste. When recycled correctly, this resource, cheap and widely available, can be converted into a sustainable energy source, act as an organic fertilizer, provide effective medicinal therapy for antibiotic-resistant bacterial infection, and much more.

In clear and engaging prose that draws on her extensive research and interviews, Lina Zeldovich documents the massive redistribution of nutrients and sanitation inequities across the globe. She profiles the pioneers of poop upcycling, from startups in African villages to innovators in American cities that convert sewage into fertilizer, biogas, crude oil, and even life-saving medicine. She breaks taboos surrounding sewage disposal and shows how hygienic waste repurposing can help battle climate change, reduce acid rain, and eliminate toxic algal blooms. Ultimately, she implores us to use our innate organic power for the greater good. Don’t just sit there and let it go to waste.

Lina Zeldovich: Lina Zeldovich is a writer and editor specializing in the journalism of solutions. Her work has appeared in the New York Times, Reader’s Digest, Smithsonian, Popular Science, Scientific American, Atlantic, Newsweek, and many other popular outlets. An immigrant from the former Soviet Union, she lives in New York City and keeps a compost pile in her backyard.