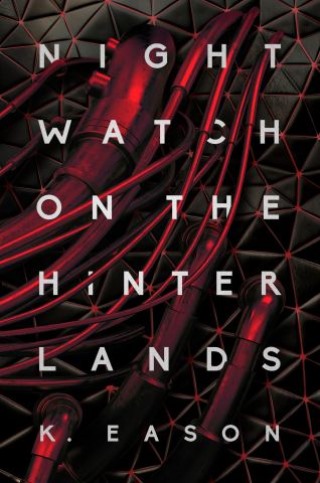 Nightwatch on the Hinterlands

Set in the universe of Rory Thorne, this new sci-fi mystery follows an unlikely duo who must discover the motive behind an unusual murder.

THE TEMPLAR: When Lieutenant Iari hears screams in the night, she expects to interrupt a robbery or break up a fight. Instead she discovers a murder with an impossible suspect: a riev, one of the battle-mecha decommissioned after the end of the last conflict, repurposed for manual labor. Riev don't kill people. And yet, clearly, one has. Iari sets out to find it.

THE SPY: Officially, Gaer is an ambassador from the vakari. Unofficially, he's also a spy, sending information back to his government, unfiltered by diplomatic channels. Unlike Iari, Gaer isn't so sure the riev's behavior is just a malfunction, since the riev were created using an unstable mixture of alchemy and arithmancy.

As Gaer and Iari search for the truth, they discover that the murderous riev is just a weapon in the hands of a wielder with wider ambitions than homicide--including releasing horrors not seen since the war, that make a rampaging riev seem insignificant...

K. Eason: K. Eason lives with her husband and a trio of disreputable cats in Southern California, where she teaches first-year college students about zombies and food (not at the same time!). Her short fiction has appeared in Cabinet-des-Fées, Postcards from Hell: The First Thirteen, Jabberwocky 4, Crossed Genres, Kaleidotrope, Ink: Queer Sci Fi Anthology, and Shapers of Worlds: Volume III. She has written the On the Bones of Gods trilogy, The Thorne Chronicles, and The Weep duology, the second book of which, Nightwatch over Windscar, is forthcoming from DAW Books in November 2022. When she's not writing or commenting on essays, she's probably playing D&D.