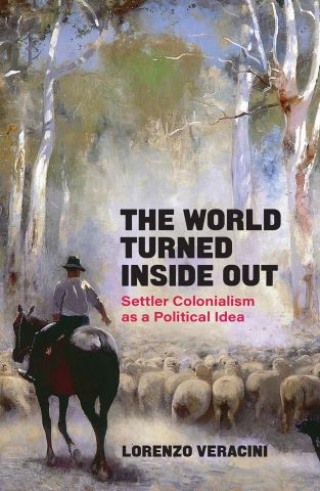 The World Turned Inside Out

Settler Colonialism as a Political Idea

A history and theory of settler colonialism and social control

Many would rather change worlds than change the world. The settlement of communities in 'empty lands' somewhere else has often been proposed as a solution to growing contradictions. While the lands were never empty, sometimes these communities failed miserably, and sometimes they prospered and grew until they became entire countries. Building on a growing body of transnational and interdisciplinary research on the political imaginaries of settler colonialism as a specific mode of domination, this book uncovers and critiques an autonomous, influential, and coherent political tradition - a tradition still relevant today.

It follows the ideas and the projects (and the failures) of those who left or planned to leave growing and chaotic cities and challenging and confusing new economic circumstances, those who wanted to protect endangered nationalities, and those who intended to pre-empt forthcoming revolutions of all sorts, including civil and social wars. They displaced, and moved to other islands and continents, beyond the settled regions, to rural districts and to secluded suburbs, to communes and intentional communities, and to cyberspace. This book outlines the global history of a resilient political idea: to seek change somewhere else as an alternative to embracing (or resisting) transformation where one is.