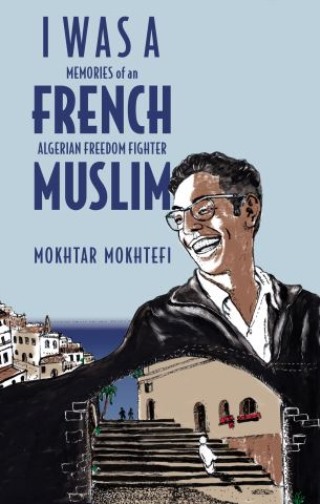 I Was a French Muslim

Memories of an Algerian Freedom Fighter

This engaging memoir provides a vivid account of a childhood under French colonization and a life dedicated to fighting for the freedom and dignity of the Algerian people.

The son of a butcher and the youngest of six siblings, Mokhtar Mokhtefi was born in 1935 and grew up in a village de colonisation roughly one hundred kilometers south of the capital of Algiers. Thanks to the efforts of a supportive teacher, he became the only child in the family to progress to high school, attending a French lycée that deepened his belief in the need for independence. In 1957, at age twenty-two, he joined the National Liberation Army (ALN), the armed wing of the National Liberation Front (FLN), which had been waging war against France since 1954. After completing rigorous training in radio transmissions at a military base in Morocco, he went on to become an officer in the infamous Ministère de l’Armement et des Liaisons Générales (MALG), the precursor of post-independence Algeria’s Military Security (SM).

Mokhtefi’s powerful memoir bears witness to the extraordinary men and women who fought for Algerian independence against a colonial regime that viewed non-Europeans as fundamentally inferior, designating them not as French citizens, but as “French Muslims.” He presents a nuanced, intelligent, and deeply personal perspective on Algeria’s transition to independent statehood, with all its inherent opportunities and pitfalls.

Mokhtar Mokhtefi: Mokhtar Mokhtefi, born in Algeria in 1935, joined the National Liberation Army (ALN) in 1957. Trained as a radio operator, he became head of a communications unit during the Algerian War. After independence, he was elected president of the General Union of Algerian Muslim Students and went on to study sociology and economics at universities in Algiers and Paris. After living in France and publishing several books on North Africa and the Arab world for young adults, he moved to New York in 1994. He died in 2015, and his memoir, I Was a French Muslim, was published in Algeria the following year.

Elaine Mokhtefi was born in New York City and raised in small towns in New York and Connecticut. She lived for many years in France and Algeria, where she worked as a translator and journalist, and is the author of Algiers, Third World Capital: Freedom Fighters, Revolutionaries, Black Panthers. She is the widow of Mokhtar Mokhtefi.