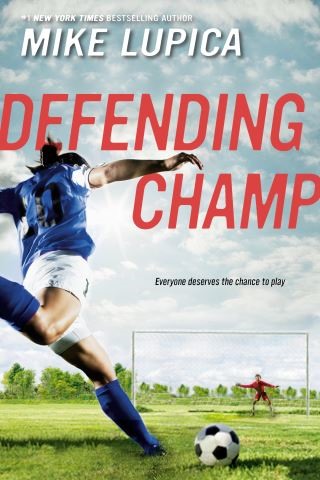 In this follow up to Triple Threat, New York Times bestseller Mike Lupica takes us to the soccer field in another empowering story about dismantling sexism in sports.

Fresh off her football victory as QB, Alex Carlisle is on cloud nine. But with football season ending, Alex is ready to get back on the field in the spring. Ideally she'd like to play soccer again, but as she's about to sign up for tryouts, she hears word around the school that they're planning to cut athletic funding. and girls soccer might be first to go. Now, Alex knows playing soccer is about more than just healthy competition. It's about fighting for their right to play. Why should the girls team be first to get cut? It's an injustice that seems to follow Alex through her middle school athletic career, and it needs to stop. The soccer girls get together and hatch a plan. A battle of the sexes. The girls team versus the boys team. Whoever wins gets to play in the spring. But Alex soon realizes that's not the right approach. Everyone deserves to play. So instead, she hatches a new plan--charging tickets to the game to raise money for the school's athletic program so that no one is left on the sidelines.

Mike Lupica: Mike Lupica is a prominent sports journalist and the New York Times-bestselling author of more than forty works of fiction and non-fiction. A longtime friend to Robert B. Parker, he was selected by the Parker estate to continue the Sunny Randall and Jesse Stone series.