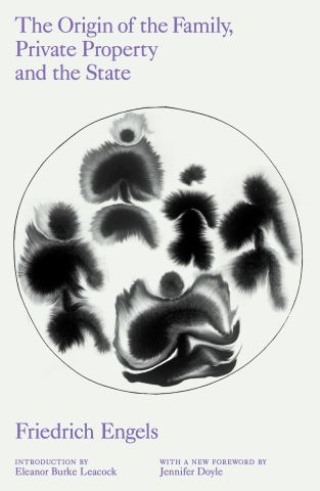 The Origin of the Family, Private Property and the State

The most influential theory of the origins of women's oppression in the modern era, in a beautiful new edition

In this provocative and now-classic work, Frederick Engels explores the interrelated development of the family and the state from ancient society to the Victorian era. Drawing on new anthropological theories of his time, Engels argued that matriarchal communal societies had been overthrown by class society and its emphasis on private, not communal, property and monogamous, rather than polygamous, sexual organization. This historical development, Engels argued, constituted "the world-historic defeat of the female sex."

A masterclass in the application of materialist thought to history and anthropology, and touching on love, monogamy, property, and the development of the human, this landmark work is still foundational in Marxist and socialist feminist theory.

Friedrich Engels: Frederick Engels was born in 1820, in the German city of Barmen. Brought up as a devout Calvinist he moved to England in 1842 to work in his father's Manchester textile firm. After joining the fight against the counter revolution in Germany in 1848 he returned to Manchester and the family business, finally settling there in 1850. In subsequent years he provided financial support for Marx and edited the second and third volumes of Capital. He died while working on the fourth volume in 1895.

Jennifer Doyle is Professor of English at the University of California, Riverside, where she researches and teaches on literary and cultural studies, visual and performance studies, art history, gender studies, sports, and critical theory. She has curated exhibitions for the Vincent Price Art Museum and The Broad Museum, and is a member of the Board of Directors at Human Resources, Los Angeles, a space dedicated to performance-based art. Her writing has appeared in The New York Times, The Guardian, Deadspin, Social Text, Cabinet, and World Literature Today, and her books include Campus Sex, Campus Security; Hold It Against Me: Difficulty and Emotion in Contemporary Art; and Sex Objects: Art and the Dialectics of Desire.