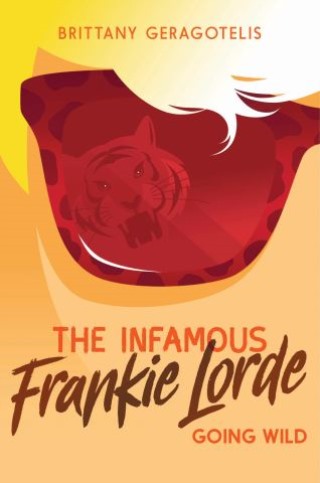 For Frankie, using her less-than-legal set of skills to pull a heist against a crooked real estate mogul with the help of her new friend Ollie was super gratifying, but she's getting restless now. And with her no end in sight for her dad's prison sentence, she's finally coming to terms with the fact that she may be in Connecticut for a lot longer than she expected.

Volunteering at a local animal shelter over school break, Frankie and Ollie hear that there's a dangerous exotic animal farm supplying Greenwich's elite with lions and tigers and bears. (Oh my!) Feeling an instant kinship with the endangered creatures locked away in their cages, Frankie makes it her mission to find the perpetrators, free the beautiful beasts, and ensnare the bad guys in a trap of her own.

Brittany Geragotelis: Brittany Geragotelis, a former Olympic-bound gymnast and magazine editor, is a self-professed pop culture junkie turned author. Her paranormal action book Life's a Witch received 18 million reads on the writing site Wattpad.com. What the Spell is the first published book in the series, followed by Life's a Witch and The Witch Is Back. Brittany lives in Los Angeles with her awesome husband, two clever boys, one scaredy cat, and a crazy dog.