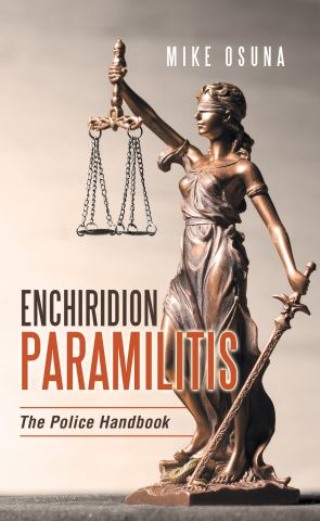 Everyone has at one time or another pondered the idea of becoming a police officer, to protect and serve. Many have wondered if Police work is really like that portrayed in movies such as “Training Day” or NYPD Blue. Mike Osuna became a police officer to find out the truth about police work and set off to save the world and become the greatest self he could become. Police work did not become the catalyst of his character building endeavors, but it became the end to a new beginning. He discovered the ancient secrets used thousands of years ago as the standard for creating the best person society can produce as well as the best police officer or politician. Today, the prevalence of corruption exposing politicians, bad cops, and police brutality demand police reform, defunding and a call to a new standard of training.

Mike Osuna: Mike Osuna had always wanted to become a cop as far as he can remember. This was his destined call as he became a police explorer for National City and eventually a sworn officer for The San Diego Sheriff’s Dept as a Correctional Deputy Officer. He then became a sworn Police Officer for the San Diego Police Dept. for about 7 years. During this time, He obtained his associate degree in criminal justice from Southwestern College and a bachelor’s degree in Legal studies from National University. Mike Osuna resigned from the force and committed an alcohol- related offense that led him to a 3 Year stint at Chino State Correctional facility where he learned the art of measurement under the instruction of a Catholic Nun. After his release date, He obtained his master’s degree in Engineering Management and became a Project Manager for the construction of US Navy Ships. As he reinvented himself, he continues to practice character building of self and seeks to further the philosophy of becoming a better person.