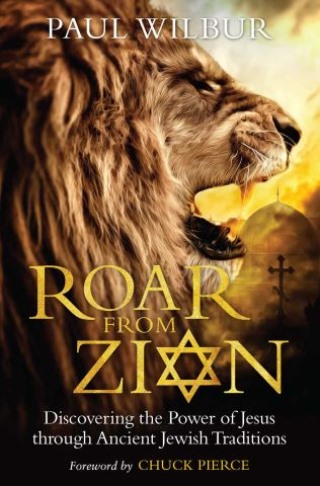 Discovering the Power of Jesus Through Ancient Jewish Traditions

The son of a Jewish father and Baptist mother, Paul Wilbur grew up attending synagogue. In college he was transformed by a Baptist minister’s teaching about a rabbi, Jesus, who fulfilled the promise of the Torah. As he grew in his relationship with Jesus, Wilbur was reintroduced to the God of the Old Testament and began exploring his Jewish heritage.

Along the way, he discovered the power of Jewish worship traditions—the weekly Shabbat, with the power of Holy Communion and dedication to family, along with other high holy traditions and feast days. Observing those ancient rituals, now infused with the power of the Holy Spirit, Wilbur heard a sound that he describes as a “roar from Zion.” As evangelicals came to understand and incorporate ancient Jewish worship practices in their home and church lives, miracles broke out, fathers assumed their roles as the head of their families, prodigal children returned home, and marriages were restored. What began with one man is now becoming a movement, with tens of thousands taking part.

Paul Wilbur: Paul Wilbur is an internationally acclaimed worship artist, songwriter, speaker, and author, best known for bringing Messianic Jewish worship to the American masses through his decades-long association with Integrity Music. He is passionate about taking the joy of the Lord to the nations—both Jewish and Christian. He lives in Jacksonville, Florida. Learn more about him at wilburministries.com.