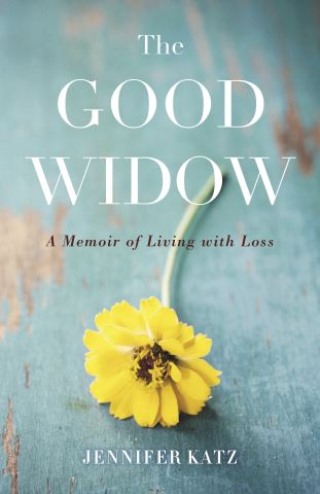 A Memoir of Living with Loss

What do we do when life ends? How do we honor the past while moving into an unimaginable, uncertain future? This tender, bracingly honest memoir explores how Jenny, a young widow, navigates the sudden loss of Tris, her beloved spouse of eighteen years.

With Tris gone, Jenny suddenly finds herself a single mom to a teen daughter and adult stepson. The newly splintered family finds ways to celebrate “milestone firsts” —including birthdays and other holidays that, without Tris, now feel hollow and bittersweet. Jenny finds herself drawn to new people, including other widows and psychic mediums, and becoming open to different kinds of connections based on sharing and spirituality. She also embarks on a halting quest for new romantic love. Initially, as she endures awkward first dates and unpleasant interactions with self-proclaimed “nice guys,” she resists her new reality —but over time, she finds someone unexpectedly comforting, blending the pain of loss with the pleasure of closeness. For readers who have also lost a loved one, The Good Widow offers both a comforting guide to grief and a form of companionship; for everyone, it’s a beautiful example of how even after death, love endures.

Jennifer Katz: Jennifer Katz was born and raised in South Florida along with a twin brother, a younger sister, and a toy poodle named Muffin. At age twenty-five, she earned her degree in clinical psychology and met Tristram Smith at a job interview. After she was hired, they became friends, and then more. Jenny and Tris married and moved to upstate New York with a son. Widowed at age forty-five, Jenny now lives with her teen daughter. She loves reading, yoga, musical theater, and broccoli. An award-winning professor, she teaches about gender, sexuality, and helping relationships. This is her first book, and she still lives in the New York area.