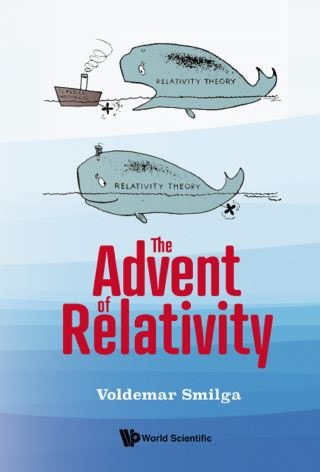 Advent Of Relativity, The

This popular book on special relativity was first published in Moscow back in 1961 under the Russian title 'Очевидное? Нет, ещё неизведанное', which can be roughly translated as 'Is it evident? No, it's unexplored yet!'This clear exposition of the history of the development of physical ideas which eventually led to the discovery of special relativity is a narration of how physicists, from Galileo, Newton to Lorentz, Poincare and Einstein were distracted in their reflections by numerous fallacies (like aether, dragged or not). Then by experiment, it was finally understood that the laws of cinematics and dynamics of the objects moving at high speed can only be formulated with physical definions for what is distance, time or force. After that and from the two basic Einstein postulates — the principle of relativity and the constancy of the speed of light — everything else followed.As the emphasis is on being exact from the scientific viewpoint, it is also accessible to any person with a high school background. The last chapter 'Photon dreams' is addressed to science fiction fans. However, the author proves to the disappointed reader that the laws of physics that we know do not allow the construction of spaceships that could reach even the nearest stars during the life span of the team.