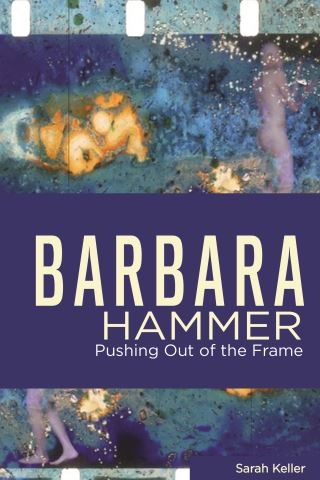 Pushing Out of the Frame

Barbara Hammer: Pushing Out of the Frame by Sarah Keller explores the career of experimental filmmaker and visual artist Barbara Hammer. Hammer first garnered attention in the early 1970s for a series of films representing lesbian subjects and subjectivity. Over the five decades that followed, she made almost a hundred films and solidified her position as a pioneer of queer experimental cinema and art. In the first chapter, Keller covers Hammer’s late 1960s–1970s work and explores the tensions between the representation of women’s bodies and contemporary feminist theory. In the second chapter, Keller charts the filmmaker’s physical move from the Bay Area to New York City, resulting in shifts in her artistic mode. The third chapter turns to Hammer’s primarily documentary work of the 1990s and how it engages with the places she travels, the people she meets, and the histories she explores. In the fourth chapter, Keller then considers Hammer’s legacy, both through the final films of her career—which combine the methods and ideas of the earlier decades—and her efforts to solidify and shape the ways in which the work would be remembered. In the final chapter, excerpts from the author’s interviews with Hammer during the last three years of her life offer intimate perspectives and reflections on her work from the filmmaker herself. Hammer’s full body of work as a case study allows readers to see why a much broader notion of feminist production and artistic process is necessary to understand art made by women in the past half century. Hammer’s work—classically queer and politically feminist—presses at the edges of each of those notions, pushing beyond the frames that would not contain her dynamic artistic endeavors. Keller’s survey of Hammer’s work is a vital text for students and scholars of film, queer studies, and art history.

Sarah Keller: Sarah Keller is associate professor of art and cinema studies at the University of Massachusetts Boston. Her research focuses on experimental form, film experience, and feminist issues in cinema. She is co-editor of Jean Epstein: Critical Essays and New Translations and author of Maya Deren: Incomplete Control and Anxious Cinephilia: Pleasure and Peril at the Movies.