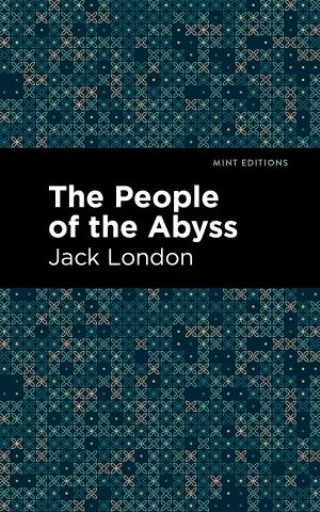 The People of the Abyss

The People of the Abyss (1903) is a work of nonfiction by American writer Jack London. Written after the author spent three months living in London’s poverty-stricken East End, The People of the Abyss bears witness to the difficulties faced by hundreds and thousands of people every day in one of the wealthiest nations on earth. Inspired by Friedrich Engels’s The Condition of the Working Class in England (1845) and Jacob Riis’s How the Other Half Lives, London hoped to expose the indignities faced by those left behind by industrialization. In 1902, Jack London traveled to England to live in the slums of London’s East End. Hoping to learn about the lives and experiences of the city’s working class, he spent three months staying in workhouses, sleeping on the streets, and lodging with a poor family in the area. Drawing on his own experience as a working-class American, and informed by his dedicated understanding of socialism, London recorded what he saw of the lives of London’s poor, the hundreds of thousands of humans held back from the nation’s progress toward modernization. The People of the Abyss was a popular and critical success upon publication and would inspire the young George Orwell to conduct his own research on poverty and urban life, which he recorded in his groundbreaking work Down and Out in Paris and London. Although he is known more for his contributions to fiction, London was a talented journalist whose experiences as a world traveler and worker allowed him to capture the deprivations of impoverished life while preserving a sense of humanity and advocating for much needed change. With a beautifully designed cover and professionally typeset manuscript, this edition of Jack London’s The People of the Abyss is a classic of American literature reimagined for modern readers.

Jack London (1876-1916) was an American novelist and journalist. Born in San Francisco to Florence Wellman, a spiritualist, and William Chaney, an astrologer, London was raised by his mother and her husband, John London, in Oakland. An intelligent boy, Jack went on to study at the University of California, Berkeley before leaving school to join the Klondike Gold Rush. His experiences in the Klondike—hard labor, life in a hostile environment, and bouts of scurvy—both shaped his sociopolitical outlook and served as powerful material for such works as “To Build a Fire” (1902), The Call of the Wild (1903), and White Fang (1906). When he returned to Oakland, London embarked on a career as a professional writer, finding success with novels and short fiction. In 1904, London worked as a war correspondent covering the Russo-Japanese War and was arrested several times by Japanese authorities. Upon returning to California, he joined the famous Bohemian Club, befriending such members as Ambrose Bierce and John Muir. London married Charmian Kittredge in 1905, the same year he purchased the thousand-acre Beauty Ranch in Sonoma County, California. London, who suffered from numerous illnesses throughout his life, died on his ranch at the age of 40. A lifelong advocate for socialism and animal rights, London is recognized as a pioneer of science fiction and an important figure in twentieth century American literature.