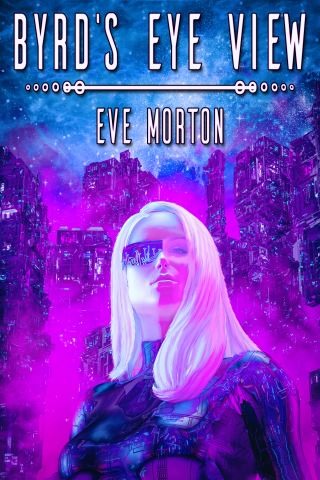 Rhea Florakis is a detective in the Magical Crimes Unit of the Neon City, a futuristic landscape where witches try to evade their taxes with counterfeit coins, and Madams run brothels full of high tech sex bots. When Rhea finds out that the notorious Tonya Byrd (A.K.A. Mrs. Nobody) is about to be released from prison, she springs into action. Tonya Byrd already evaded Rhea once -- but there are still two weeks left before an old statute of limitations runs out, and Rhea wants to find Tonya before anyone else does.

Meanwhile, Tonya Byrd only has three things on her mind when she steps out of prison: food, sex, and a yet to be named "good stuff" that will keep her satisfied all night long. When she is apprehended by Rhea and her bumbling partner, Murphy, she realizes she must put her own freedom on hold and complete one last mission. With some fancy new VR tech to help her out, the next job -- defeating an underground shipment of human cargo -- should be easy.

It is, of course, much harder than both Tonya and Rhea ever imagined. When the smoke clears, will they be able to put to mend their seven years apart? Or will the stray kiss they get in a heated chase be all they can ever have together?