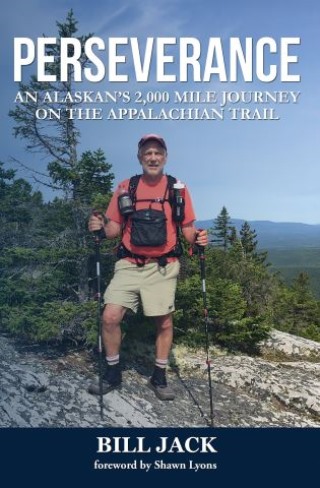 An Alaskan’s 2,000 mile journey on the Appalachian Trail

Take an unforgettable journey on the Appalachian Trail with Bill Jack. After he turned 70 years of age, and without any hiking experience, Bill decided to try long distant hiking. Little did he know that he had picked one of the most difficult long distant hikes in the world. Besides being entertained, you will find out with Bill, what the Appalachian Trail is really like, why millions of people head there every year and the many unique ways people hike the trail. From Bill's perseverance, a reader may be inspired to continue pursuing dreams, even when there are enormous disappointments. Diving into Perseverance just may also motivate you to attempt a new and exciting adventure of your own.

Bill Jack: Bill Jack as a boy grew up active and loving the outdoors in Upstate New York. After high school, he attended Greenville University in Greenville, Illinois. Upon graduating with a teaching degree in 1967, he was offered a teaching position in remote Alaska, where he remained for the next 30 years. While in Nome from 1982 to 1994, he and his wife, Penny, raised and raced sled dogs. In 1991, he finished the Iditarod Sled Dog Race and placed 20th in his rookie year. He always said that running the 1,049-mile Iditarod was the toughest thing he had ever done - that is, until he hiked the Appalachian Trail. All through his adult life, he ran 5Ks, 10Ks, marathons, and triathlons. When he turned 70, the knees told him, “no more running.” To stay active, he decided to take up hiking. Today, he and his wife reside in Anchorage, Alaska and enjoy eleven grandchildren.