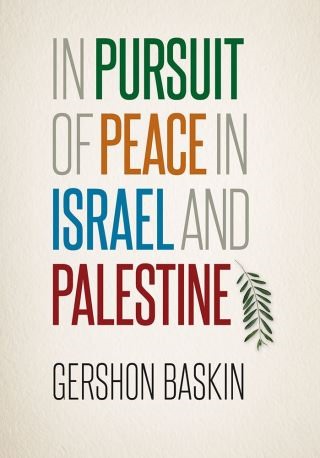 In Pursuit of Peace in Israel and Palestine

Gershon Baskin's memoir of thirty-eight years of intensive pursuit of peace begins with a childhood on Long Island and a bar mitzvah trip to Israel with his family. Baskin joined Young Judaea back in the States, then later lived on a kibbutz in Israel, where he announced to his parents that he had decided to make aliya, emigrate to Israel. They persuaded him to return to study at NYU, after which he finally emigrated under the auspices of Interns for Peace. In Israel he spent a pivotal two years living with Arabs in the village of Kufr Qara.

Despite the atmosphere of fear, Baskin found he could talk with both Jews and Palestinians, and that very few others were engaged in efforts at mutual understanding. At his initiative, the Ministry of Education and the office of right-wing prime minister Menachem Begin created the Institute for Education for Jewish-Arab Coexistence with Baskin himself as director. Eight years later he founded and codirected the only joint Israeli-Palestinian public policy think-and-do tank in the world, the Israel/Palestine Center for Research and Information. For decades he continued to cross borders, often with a kaffiyeh (Arab headdress) on his dashboard to protect his car in Palestinian neighborhoods. Airport passport control became Kafkaesque as Israeli agents routinely identified him as a security threat.

During the many cycles of peace negotiations, Baskin has served both as an outside agitator for peace and as an advisor on the inside of secret talks—for example, during the prime ministership of Yitzhak Rabin and during the initiative led by Secretary of State John Kerry. Baskin ends the book with his own proposal, which includes establishing a peace education program and cabinet-level Ministries of Peace in both countries, in order to foster a culture of peace.

Gershon Baskin: Gershon Baskin is the founder and current cochairman of Israel-Palestine: Creative Regional Initiatives (IPCRI, formerly Israel/Palestine Center for Research and Information). He is a political and social entrepreneur focusing on renewable energy projects in the Middle East. He holds a PhD in international affairs from the University of Greenwich.