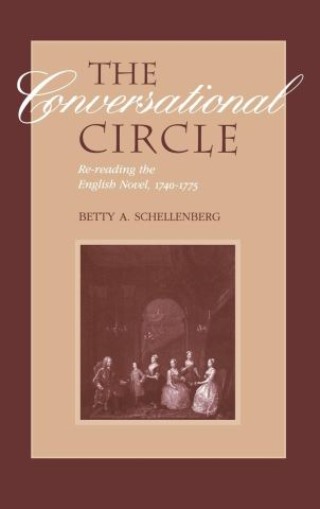 The Conversational Circle offers a model for exploring a range of novels that experiment with narrative patterns. It makes a compelling case that teleological approaches to novel history that privilege the conflict between the individual and society are, quite simply, ahistorical. Twentieth-century historians of the early novel, most prominently Ian Watt, Mikhail Bakhtin, and Terry Castle, have canonized fictions that portray the individual in sustained tension with the social environment. Such fictions privilege a strongly linear structure. Recent reexaminations of the canon, however, have revealed a number of early novels that do not fit this mold.

Betty Schellenberg identifies another kind of plot, one that focuses on the social group—the "conversational circle"—as a model that can affirm traditional values but just as often promotes an alternative sense of community. Schellenberg selects a group of mid-eighteenth-century novels that experiment with this alternative plot structure, embodied by the social circle. Both satirical and sentimental, canonical and non-canonical, these novels demonstrate a concern that individualistic desire threatened to destabilize society. Writing that reflects a circular structure emphasizes conversation and consensus over individualism and conquest. As a discourse that highlights negotiation and harmony, conversation privileges the social group over the individual.

These fictions of the conversation circle include lesser-known works by canonical authors (Henry Fielding's Amelia and Richards's Sir Charles Grandison as well as his sequel to Pamela), long-neglected novels by women (Sarah Fielding's David Simple and its sequel Volume the Last, and Sarah Scott's Millenium Hall), and Tobias Smollet's last novel, Humphrey Clinker. Because they do not fit the linear model, such works have long been dismissed as ideologically flawed and irrelevant.