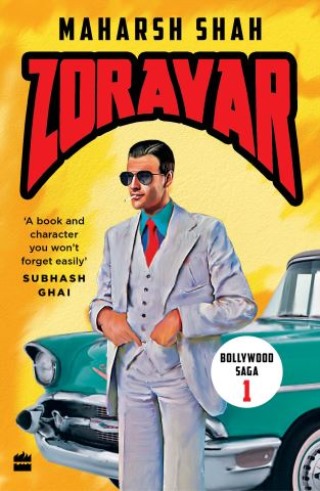 Book One in the Bollywood Saga

This is the story of Zoravar Cheema.

1945, Lahore, India. Zoravar Cheema, sixteen and in love with the magic of the big screen, dreams of becoming a movie star. By the time the turbulent events of 1947 roll out, he has made the most important decision of his life. He will leave his family and go to Bombay - even if it means moonlighting as a member of one of the most feared crime gangs in the country.

Zoravar begins his journey without a roadmap, spends his nights sleeping on the streets and struggles in the day as the junior-most apprentice to actors and directors, till a freak encounter makes his dream come true.

This is the captivating story of the rise and fall of a superstar, set against the heady, glittering world of Hindi cinema.

Maharsh Shah has worked extensively with major movie studios as part of their creative development and commissioning teams. He lives and works in Mumbai but would prefer to migrate to the hills and run a tavern-cum-bookstore instead. He can be reached via Twitter: @maharshs